Let’s go today. The month of September has been an absolute whirlwind with a grand total of about 7 days spent at home and the rest jet setting from NYC to San Francisco, and a couple places between. The chill of fall has set in and I found myself staring into uncharted waters… my first time laying eyes on the west coast. So what do you do with 24 hours in San Francisco? Well here’s how one story went with some must-do adventures and suggestions on what not to do to avoid west coast blues.

Why 24 hours? It was actually more like 36, but long story short it was a much needed weekend away, and with NYC sandwiching on both sides, it had to be a short and sweet. Want to experience life? Don’t complain when time is short, make the most of it and go when you can go. If you were watching my Instagram stories you already got the first look… here’s what to do in San Francisco. 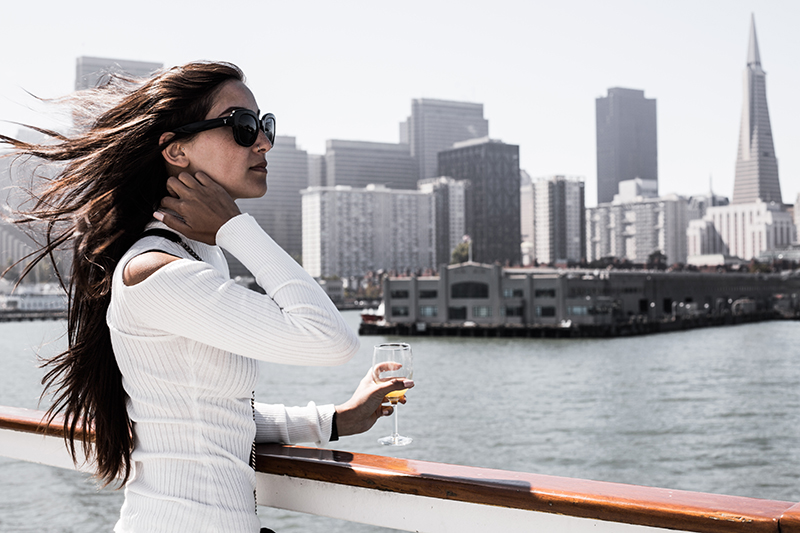 The first tip for abbreviated travel to San Fran (or anywhere), pack layers. It’s easy to forget that just because you’ll be somewhere for just 1-2 days, you might still want to bring options. This lesson was learned the hard way, as an unexpected (uninvited) fall breeze swept the coast, and I found myself stranded with one lightweight knit and a pair of shorts. That knit later was christened by an unfortunately placed bomb from a seagull, and needless to say – I was living in my boyfriend’s oversize shirt for the rest of the stay (lucky for me I wasn’t traveling alone!). Pack a couple sweaters, it gets cold! 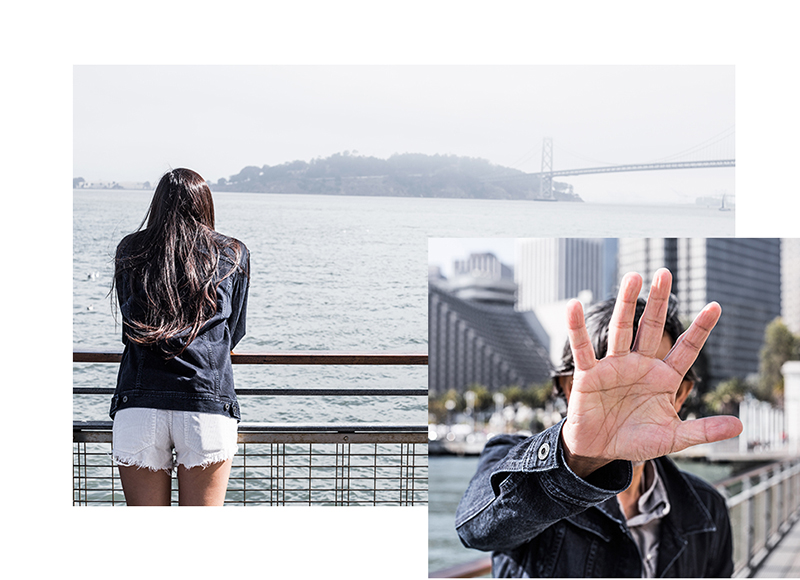 As for making the short time otherwise well spent, we first considered a day trip to see some of the landmark sights… considering the National Park, the famed Lombard Street drive, and of course wine tasting in Sonoma. The problem – a short trip just doesn’t let you see it all, and the last thing you want to do is be stuck in transit for half of your trip. Instead, we decided to stick to the city itself and see what it had to offer. There’s plenty to enjoy, especially if it’s your first trip from the amusement of what seemed to be 90° inclined roads to cablecars, shopping and dining. We hardly knew where to start. 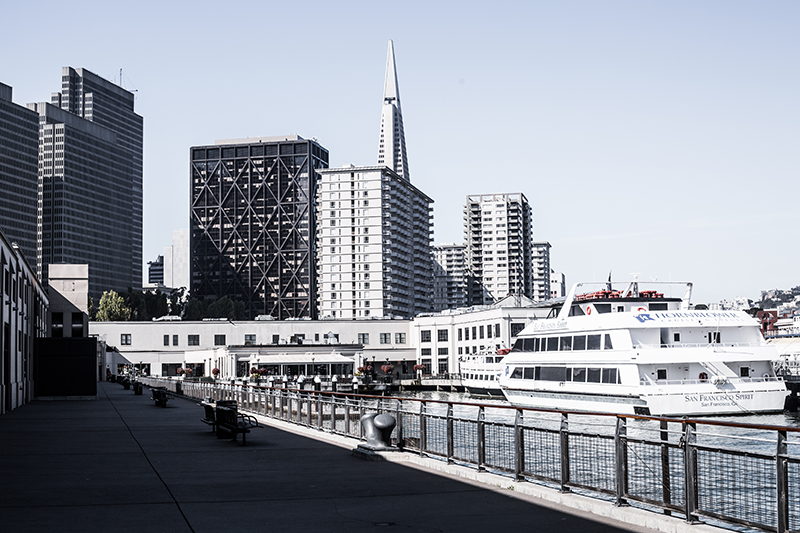 A winning choice, we spent the first half of the day on a brunch cruise by Hornblower While at first undecided if we made the right choice to be water-locked for such a large portion of the trip – it was the best choice we made all weekend. And no, they didn’t pay me to say that (they don’t even know I made post). In short – it was incredible.

In deeper, we got to enjoy seeing many of the landmark sights we didn’t want to miss including the San Francisco Golden Gate Bridge, the Bay Bridge, Alcatraz Island and the Pier area of San Fran – all from the comfort of a gorgeous ship catering a huge HUGE assortment of foods (all delish by the way), live music, a cheery crowd, excellent service and bottomless mimosas (I mean really, what more could you want). The menu also included traditional breakfast and brunch items, carved meats, and vegetarian (which is important for my passenger number 2). It was the most perfect way to spend the half day, and we left promising ourselves that if we ever went back, we’d do it again.

If you’re not a cruise person, there is also the option for a breakfast/brunch solution at Dottie’s True Blue Cafe that we found thanks to Yelp. Though we ended up taking a pass and I can’t tell you if the food was as good as the reputation, the line was about a block outside the door, so apparently someone’s loving it. The environment was a bit less than expected, so also be prepared for a bit grungier atmosphere and a few panhandler’s perusing the streets.

Another lesson learned the hard way, our evening out was spent a bit shall we say, more comical than spectacular – but an adventure none the less. The tip here – make reservations. Unlike the small-town atmosphere I was used to, San Francisco isn’t so friendly for those looking to pop-in on find dining (or even mediocre dining). We spent about 45 minutes popping in and out of Mexican restaurants, and the last few popping in and out of anywhere we could find that wasn’t fast-food. All were either fully booked or 45+ minute waits… and this was after 8:00PM. So do some planning here if you’re a foodie looking for a relaxing bite and glass of wine to wrap up your 24 hours in San Francisco. You’ll be happy you did. 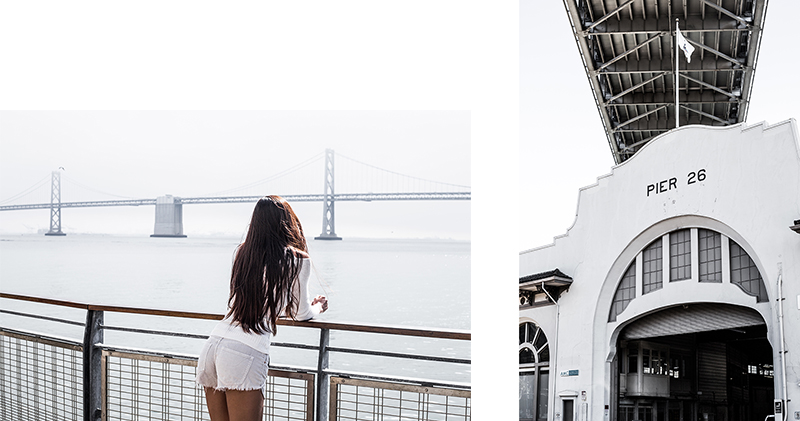 As for us, let’s just say we found some Mexican food. The tip here, don’t eat at empty restaurants in San Francisco. We left with empty stomachs and a lot of laughter over the the food about as good as the number of its cliental.

What would you do in San Francisco for a short visit? I’d love to know your favorite hotspots for the next west coast adventure, or what you take along to be prepared for short-stay jet setting. Let me know in the comments babes, and until next time, happy travels.

Not really sure where summer went, but after a brief hiatus for our summer wedding, fall has nearly arrived...

the new golden standard | randolph sunglasses and a weekend escape to the outer&nbsp...

With the days getting longer and the air getting warmer, summer fashion trends are officially on the radar. If...