There was nothing magical about the night like in the movies. No pedestal balcony looking over a night sky full of stars and a city full of lights. No marble floors and mid-century modern furniture. No crystal wear or decanters of aged scotch. In fact, everything was quite ordinary in the 4-star hotel corporate suite.

A faint smell of room service sat in the air, I had taken a shot of the city when I first arrived of the bedroom view. It was beautiful, but not breathtaking.

The room had a familiar feel to it, as if you had been there before. But perhaps it was just the standard beige wallpapered bathroom and bleach white sheets you find in most hotel accommodations. Yet, something about it felt new, inspiring even. Maybe it was just the jet lag and 30-hour trip with minimal stimulation.

Whatever it was, the shift from dreamworld to reality was inevitable. I felt excited. As if I had just found something that had been lost for so long. My inner soul was stirred in a way it hadn’t felt in so many months past.

It’s funny how moments in life become prominent for no apparent reason at no overtly apparent times.

I had found my muse once again. But it wasn’t a person or a thing. It was the feeling of being in touch with my deepest realities that I had driven back for so long. It was as if I had returned from an outer body experience that had lasted ages, nearly losing myself in the journey.

The tea kettle was boiling. I added a sugar and creamer hoping to eventually calm myself back to sleep. It was 3:47am, Dongguan City, China. I had been up nearly 2 hours at this point. Jet lag’s a bitch. I had escaped a snow day back home, but the room still felt cold and quiet. My chest was heavy from a lingering cold. I would need to be up to head to the studio in a few hours to begin a week of shoe design and detailing for the fall 2018 line. But there was no usually onset of stress or frustration from the lack of sleep.

I was excited. As if the world was full of possibilities and I re-embraced living for happiness once again. My head was spinning with next steps and idealism. I would write. As I’m doing now. But not about fashion and shopping and trends. About what was inspiring me, in this moment. Even if it made no sense to the outside world. This is a space for release, an escape from reality and embracing that space where dreams and life collide together in the same space and time. I had found myself again.

Why hello again, day in my dreams. 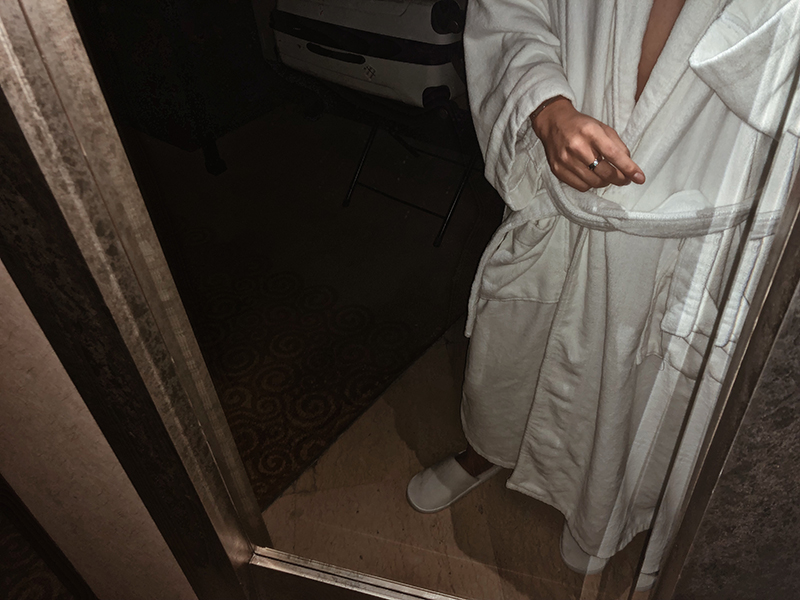 the new golden standard | randolph sunglasses and a weekend escape to the outer&nbsp...

With the days getting longer and the air getting warmer, summer fashion trends are officially on the radar. If...

A year since lockdowns, there have been a slew of fashion revelations and new trends that have risen from...